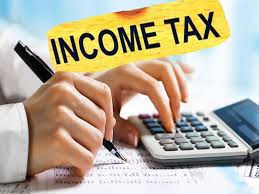 Systematic step-by-step understanding of the notable slaughter-reduction camp * Friends, the change camp will be held on 26/10/2020 according to the change amendment rules of the current year.

E. If the teachers who have taken the option are in the majority, then the teachers have been transferred to the upper primary section by relinquishing their right to the primary department. The option date of the teachers who have been given the option will be considered as the date of joining the upper primary section. As the date of joining HTAT is considered as the date of joining the HTAT promoter, the option taker cannot claim the right of seniority of the primary department by getting the right in the higher department.
F. If a teacher has been transferred to his / her pay center for medical reasons, even if he / she has been in school for three years from the date of attendance, he / she is not eligible for transfer.
G. If a teacher in his pay center is the widow of a National Security Force employee and is responsible for children and family, he should be treated as per Rule-2 (1) of the Gazette of Government of India dated 04/10/2012 and subsequent amendments of Government of India There is no provision to change it as per the orders.
Accordingly the internal camps of the pay centers are completed.

Inner camp inside the taluka

B. There is no provision in the circular to bring back the teachers who have gone out of the taluka as higher teachers in the upper primary section for the benefit of the mother taluka even if the vacancies in the upper primary department increase. . Matru taluka no camp starts and at that time only if there is a vacancy in the primary department of a teacher's mother school, the benefit will be given to the teachers who have left the taluka of the mother school.

Recruitment and transfer camp is a regular process. The only advantage is that no one is allowed to walk in the regular process. What issues come out today
1. Keep the camps closed due to lack of camp corona and give letter pad. Friends used to say that campo should be done. Now you say campo should be closed. Camps are the same every year. Friends, in many schools there are more teachers when there is less work. On the other hand, in schools with small omissions, if the paperwork is waiting for the teacher to satisfy the hunger for learning, then there should be a camp. * Nation or interest, education * is our first job, then there should be a camp.

3. If the teachers coming from the district fair also want to stay with the family, then it is also appropriate to have some vacancies according to the percentage to bring them.

There are so many things to understand, friends. Everyone should always be given the right according to the policy. We cannot benefit from both milk and curd. If we gain something, we have to lose something.