A webinar was held between Gujarat Swanirbhar School Board of Directors, District Education Officers and the Minister of State for Education. In which opinions were taken from all whether to open a 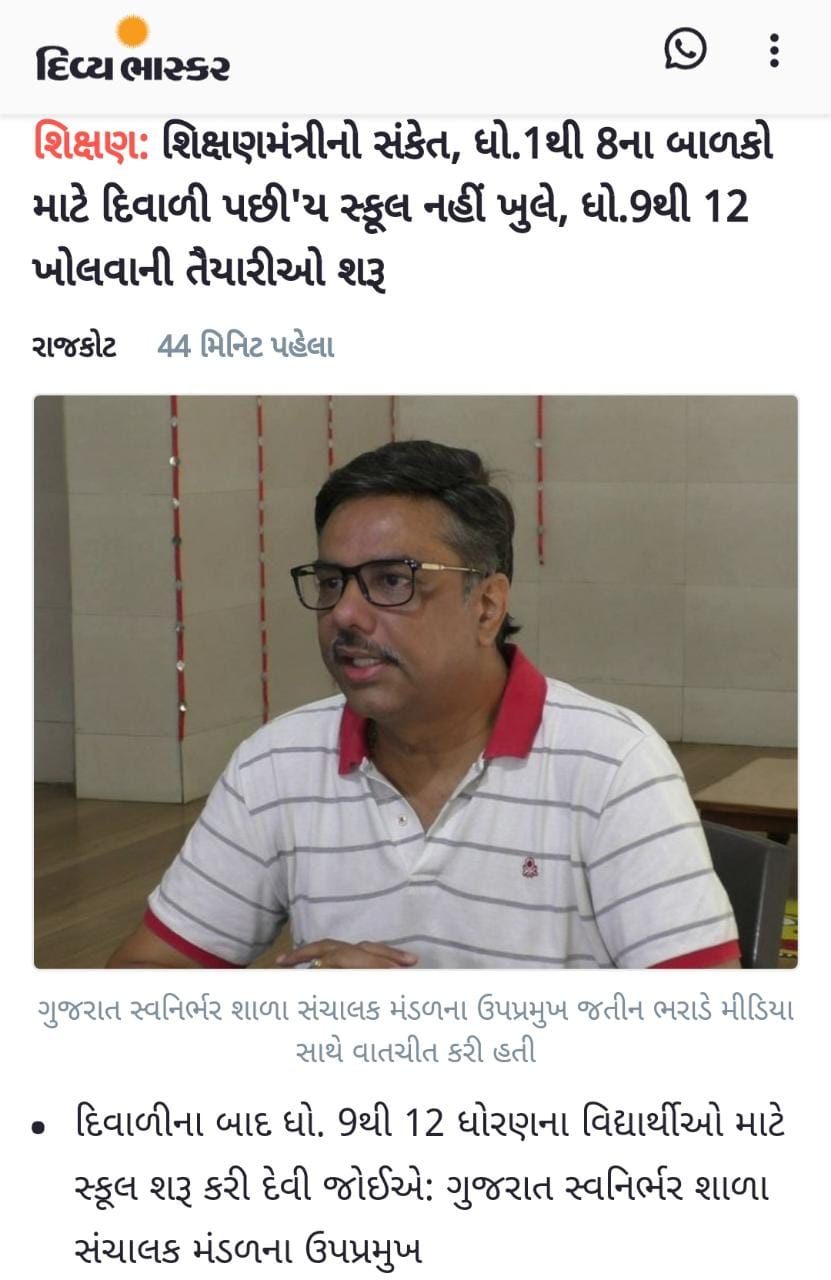 All sectors except school have been opened: Vice President of Gujarat Self Supporting School Board of Directors

Jatin Bharade, Vice President, Gujarat Swanirbhar School Board of Directors, said that schools have been started in 7 states in India. At that time, a webinar was organized with the Education Minister on when to start a school in Gujarat. Every sector has started and is adapting to the Corona situation. The biggest problem then is to stay inside the school but the school should be started keeping in view the situation. After Diwali vacation std. Opinions have come from all over the district that schools should be started for students of 9th to 12th standard. The Education Minister also took note of this opinion and indicated to start a school for studies from Std. 9 to 12 after Diwali. If the school has a large number of students, the students can be called to the school by dividing the students into four parts of 25-25 percent. If the school has a small number, 50 per cent students should be called and the school should be started.

Jatin Bharade further said that there was another opinion that some students could be called on Monday, Wednesday and Friday while others could be called on Tuesday, Thursday and Saturday. At present, instead of five hours of school time, three or three and a half hours can be called within two or three shifts. Now students, parents and school administrators are tired. Now the situation is such that the school should start immediately. The government is also taking this matter very seriously. Unlock 5 is running, the school has increased by one and all other sectors have been opened.

Opinions will be taken from all the districts through webinars

Jatin Bharade further said that older students are physically and mentally alert and we can explain the seriousness to them. Teachers are also mentally prepared for how they should work. There are currently no decisions for 1st to 8th standard. Thus the std. No decision has been made for 9 to 10 either. This was just a webinar for taking everyone's suggestions. At the district level too, teachers, parents and officials will be consulted by Webinar next week. The government will decide to start the school from any date after Diwali only after everyone's opinion comes later.