Learn so much about Gitaben Rabari Na Garba

Learn so much about Gitaben Rabari Na Garba

The name of the Gujarati artist is Geeta Rabari. Which has become very popular by singing many songs. Friends, let me tell you that Geeta Rabari, who started her singing career in her school program, has become a well-known name in Gujarat and people love her songs. Geeta Rabari is also called the cuckoo of Kutch. He is originally from Kutch. Geeta Rabari gets 1 lakh 50 thousand rupees for doing a program. 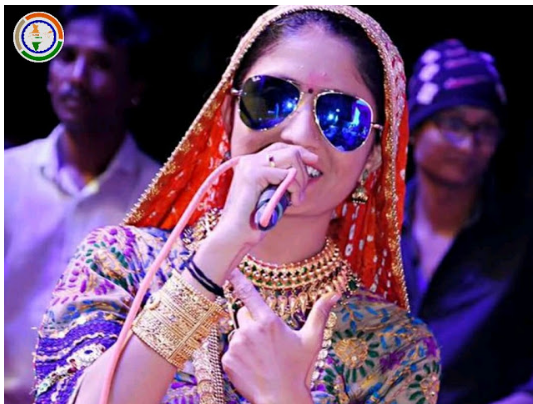 Listening to the line of this song, the image of a Maldhari's daughter i.e. "Gitaben Rabari" acting herself seems to float in front of everyone's eyes. This song was uploaded on Raghav Digital YouTube Channel on April 17, 2016 In a short time, this song is not only in the whole of Gujarat but all over India. And today that song has been watched by more than 3 crore people. Gitaben Rabari, 60 , Known all over the state including Kutch for various programs like.

Today we are going to talk to you about a singer who makes you think twice to listen to him as if he works very hard to sing songs. Only 30 year old Gitaben Rabari is famous all over Gujarat for Dior, Santvani, Folk songs. Known all over Gujarat including Kutch, though he still lives with his parents in Tappar, a small village in Kutch district, Geeta Ben Rabari.

Gitaben Rabari was born on Gitaben was born in a normal family in Tappar village of Anjar taluka of Kutch district on 21/12/18. Gitaben's father's name is Kanjibhai Rabari and mother's name is Venjuben Rabari. Gitaben had two brothers but we are sad to tell you that He died prematurely. Gitaben Rabari's previous condition was very bad. His mother used to go to the houses around his village and make a living by making garbage. His father used to take care of his belongings. However, he is now paralyzed. His father has helped him a lot. He was ill but he was taking Gitaben to the program. Gitaben Rabari was very fond of singing songs from his childhood. 1 to 8 were educated in their Tappar village. Gitaben Rabari has been singing since he was in 5th standard. Gitaben started singing for the first time from a program of his school. And then he gave a stage program in a fair in a nearby village and then in small programs nearby. He started singing and then he started getting success gradually.

Gitaben Rabari used to charge Rs 50,000 for singing a program as well as more than Rs 1 lakh for a program with a group. Gitaben charges more than Rs 500,000 (two lakh) for the current program. I have had the support of many people to reach here. Raghav Digital, Manubhai Rabari, Deepak Purohit, Dineshbhai Bhubhadia and Dhruval Sodagar who supported me in songs like "Eklo Rabari", "Ma-Tara Ashirwad" More support has been from my parents who have worked hard to get me here.

Speaking of Gitaben Rabari's first song, Eklo Rabari has acted in songs like "Rona Sher Mein". So many hit albums have been released including "Eklo Rabari", "Masti Ma Mastani", "Rona Sher Mein", "Ma-Tara Ashirwad" and his most famous song "Rona Sher Mein Re" has been watched by more than 20 million people. . 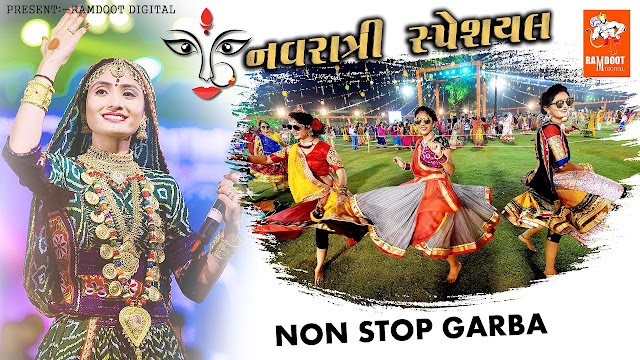 Gitaben Rabari's many songs like "Rona Sher Mein Re" and "Eklo Rabari" are very famous among the people.

Gitaben says that my mother is happiest with my name. I had two brothers, but due to their untimely death, now my parents and I are one and the same. Parents have never been allowed to talk about the loss of their sons.

At the same time, Gitaben's uncle's son Bhai Maheshbhai Rabari is also very supportive of Gitaben. His brother Maheshbhai Rabari has also worked hard to reach this stage. And today, Maheshbhai does all the recording work from Gitaben Rabari's program.