Home / Gujarati singer / Letest Garaba / If you have never read so much about Kinjal Dave, read it now.

If you have never read so much about Kinjal Dave, read it now.

If you have never read so much about Kinjal Dave, read it now.

Kinjal was born in 1999 into a Brahmin family. Kinjal's parents have come out of a very poor situation and a big credit goes to Kinjal for bringing them forward.

Kinjal's mother used to stand in the heat for 4-5 hours to get food (government rations) even on a summer afternoon. Kinjal Dave may have become famous in the country and abroad for his four-bangle song, but he has released more than 100 albums. Many of these albums are superhits.

At just 18 years old, Kinjal Dave, who reached the pinnacle of success and worked in over 100 albums, has worked hard to achieve success. 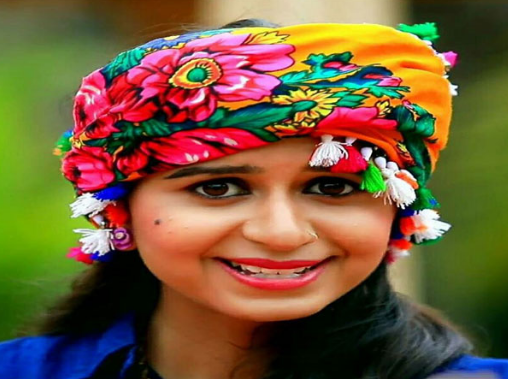 At first his condition was very bad. Father Lalji Bhai was grinding diamonds. At the same time, he was fulfilling his hobby of singing due to his hobby of music, but as he struggled, he did not realize that he had earned a name. There came a time when most of the Hiraghasu people became unemployed.

Kinjal went into singing as a child..she used to sit on a bike in a far away village with her father and sing..this is her father's friend Manubhai Rabari who is considered to be a very good writer in North Gujarat and a song for famous artists. He was writing a song for Kinjal.

Even when Kinjal Dave got engaged to Ahmedabad businessman Pawan Joshi last year, people were elated.

He and Kinjal's father made an album of wedding songs called 'Jandiyo'. If anyone has the biggest hand in Kinjal's career, it is his father Laljibhai Dave and author of Gujarati songs Manubhai Rabari. Manubhai Edge also wrote the song Char Char Bangadi Varu.

When Kinjal understood, she went with her father to see the program of Sherigarba and Bhajans. Seeing them, Kinjal also got fond of singing songs.

Although Kinjal has made a name for himself in the field of Gujarati singing, he has not stopped studying it. She is currently studying in college. She wants to be a playback singer in Hindi films. Simultaneously, Kinjal has also appeared in a Gujarati film.

Because of Kinjal, his father and Manubhai are known in the country and the world today as the author of his song.

Kinjal's father bears all the responsibility for the program. Kinjal Dave does more than 200 programs a year. Kinjal charges Rs 1.5 lakh to Rs 2 lakh per program for 2 hours of performance. Kinjal Dave lives in Ahmedabad with his parents and younger brother. Kinjal loves Divno beach in Gujarat.

Kinjal Dave has many song hits. It has special laherilala and four bangles. Kinjal Dave also does shows in Africa and America.

Read Where are the 10 most popular songs from Kinjal? 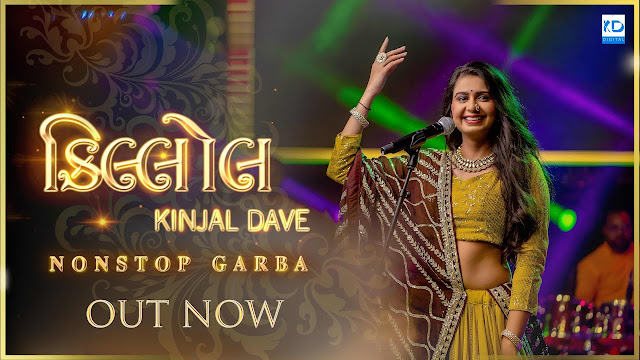 Learn about Kinjal Dave's top ten song which made Kinjal famous in the country and abroad.

You may have heard Kinjal Dave's song with famous photographs but today you can listen to the song which is called Kinjal Dave's Top Ten. Read about the song.

(10) Chhote Raja: This song is made for his brother. Which also has a cool message. The author of this song is Manu Rabari and Jeet Vaghela. While the music is provided by Mayur Nadia.

(09) Rasila Rajasthani Song: The author of this song is also Manu Rabari and the music is given by Mayur Nadia

(8) Reta in Maldhari Moj: This song is also written by Manu Rabari.

(6) Gogo Gogo Maro Gomdhani: This song is also sung by Kinjal Dave and its author is Manubhai Rabari. Although there are 2 such songs that are different.

(5) Kanaya: This song came at the time of Janmashtami which was very noisy. The author of this song is Manubhai Rabari.

(4) Ganesha: This song came during Ganpati Mahotsav and was played inMostly Ganpati Pandal of Gujarat.

(3) Wagi Morli in Mathura: This song was also very popular. Although this song is very old.

(2) Laheri Lala: This song caused a stir in Gujarat. Due to which Kinjal Desh became popular among Gujaratis living abroad.

(1) Char Char Bangadi Wali Gaadi: Even today, if Kinjal is remembered, it is because of this song. Which caused a stir in the whole country.