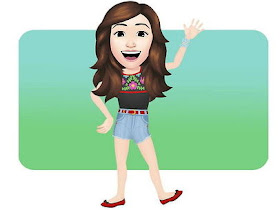 The Avatar feature supports many types of faces, hairstyles and outfits

Delhi. Facebook has launched the Avatar feature in India. This feature allows the user to customize their own virtual look, which can be shared as a chat and comment sticker. The Avatar feature supports a wide variety of faces, hairstyles and outfits, the company said.

Facebook said it launched Avatar in India because people across the country have shifted to the internet for social interaction due to lockdowns. India is also the second largest internet market in the world.

The company launched in India at a time when anti-China sentiment is at its peak in the country. The Indian government has recently banned 59 Chinese apps. It also had a number of apps that beat Facebook in Asia's third-largest economy. Facebook's avatar is also seen as a clone of Snapchat's popular BitMoji, which was launched last year. The company says that this will also help increase social engagement.

Avatar was first launched in Australia and New Zealand

Users can create their own avatar from a sticker tray in the news feed post or in the comments section of Messenger. Facebook first launched it for users in Australia and New Zealand. It was then launched in Europe and America.

Several companies, including Chinese smartphone maker Xiaomi, have tried to mimic BitMoji in recent years. But still no one has expanded it like Snapchat. Snapchat introduced Bitmoji TV earlier this year.

It is a four minute comedy cartoon series with the avatar of the user. At the time, Snapchat said that about 70% of its daily active users, or 147 million of its 210 million users, had created their own bitcoins.