By virtue of notification of Govt. of Gujarat, Unarmed constables with five years’ experience get powers to investigate offences of upto 5 years imprisonment    This will improve service delivery to the public by better distribution of workload and better quality of investigation. 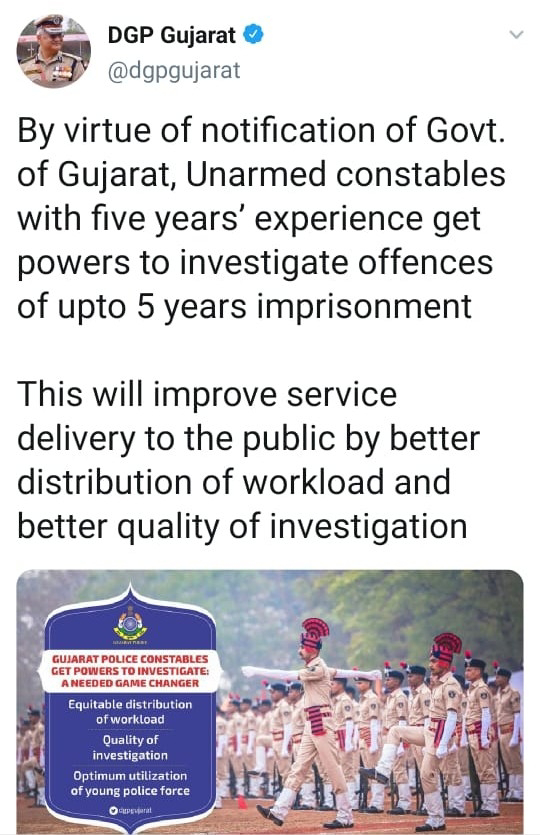 The Gujarat Police Department came into existence after Gujarat's separation from the Greater Mumbai state on 1 May 1960.

The Gujarat Police Department is headed by Director General of Police (DGP.). It has four Commissioners' offices : Ahmedabad, Vadodara, Rajkot and Surat. There are nine ranges in the Gujarat Police: Ahmedabad, Surat, Gandhinagar, Vadodara, Rajkot, Junagadh, Bhavnagar, Dahod-Panchmahal and Border Range. For police administration the state is further divided into 33 police districts and Western Railway Police.

Gujarat Police has some branches for special tasks: Crime, anti-terrorist squad (ATS) and the Intelligence wing. The Gujarat Police was the first state police department to crack the serial bomb blast mystery during 2007–08 in many Indian cities including 2008 Ahmedabad bombings.